IN 1796 GEORGE WASHINGTON, IN HIS FAREWELL ADDRESS, warned us that through the course of time cunning, ambitious, and unprincipled men would subvert the power of the people 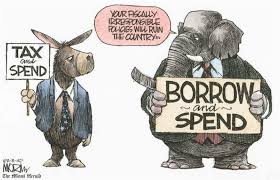 and seize for themselves the reins of government through private Associations. He went on to tell us that once they seized the reins of power [the committeeman process], the parties that would arise would; (1) destroy the very engines which have lifted them to unjust dominion, (2) destroy the regular deliberation and action of the constituted authorities, (3) open the door to foreign influence and corruption, thus the policy and the will of one country will be subjected to the policy and will of another, (4) serve to organize division, (5) ruin public liberty, (6) stifle, control and repress, (7) foment occasional riots & insurrection, (8) kindle animosity of one part against another, (9) put in the place of the delegated will of the nation, the will of the party elite, (10) agitate the community with ill founded jealousies & false alarms, (11) undermine the Constitution which could not be directly overthrown, (12) distract the public councils and enfeeble the public administration, (13) drive the spirit of revenge, (14) leads to despotism.  Washington concluded, “…parties are truly your worst enemy”.

THE GATE KEEPER - In 1911 Section 21 of the New York election law, which had helped protect our Republic from the ruination George Washington forewarned us about, was cleverly removed.  In effect a “gate keeper” clause, Section 21 stated:  “… No organization or association of citizens for the election of city [town] officers shall be deemed a political party…” (emphasis added). This clause stood to deter the creation of private political associations, which is what the parties are in fact. After eradication of the gate keeper clause was accomplished, then by inserting election law Article 2,  the “sub-committee” was crafted to provide for the replacement entity - the town committeeman, which the usurpers entitled “Member of the County Committee”.

THIS NON-CONSTITUTIONAL LEGISLATION EMPOWERED "progressive" operatives to facilitate destruction of the elected committeemen, the “engine of freedom”, and seize the reins of power through a somewhat simple change in the titles of their prey.  So it was that one hundred (100) years ago, "progressives" operatives in power at the various Board of Election (BOE) offices, working with operatives from both political parties or private associations, together expunged the true elected “Committeeman”; and, implemented the façade we have today, otherwise known as the Democrat and Republican parties. These progressives did indeed subvert the sovereign power of the People, and usurped to themselves the fundamental reins of government - the committeemen. They then destroyed the very engine, (elected committeemen) which had “lifted them” to their “unjust dominion” over the people.  To this day these “progressive” continue to dominate both political parties.

PROGRESSIVE LEGISLATORS IN COLLUSION with collaborators at selected Boards of Election and power players in both political parties, it can be deduced, secretly orchestrated the creation of what in fact are private political party associations. This was indeed a 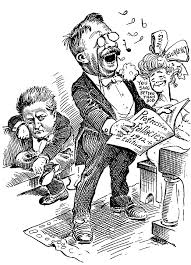 direct but covert assault upon our Republic, and set the stage for the total perversion of the public office designed to be the closest to the will of the people. The assault placed the entire direction and controls of our country into the hands of a small cabal with deliberate intent on destroying the framework of our Constitutional Republic.

IN ORDER TO PULL OFF THEIR SCHEME, empowered by the insertion of election law Article 2, they needed to go unnoticed and undetected and accomplished three objectives, spread out over calculated periods of time:

THE EXECUTION OF THESE THREE THINGS accomplished the expunging of the true elected committeemen, so that today there is not one committeeman currently recognized at any Board of Elections (BOE) in New York or by any persons in the political parties.

HOW WE WILL TAKE BACK THE REPUBLIC:

All of this rests on taking back our courts and then requiring the Board of Election to obey the law that will allow the elected committeemen to take back the power from the private Associations that presently control our out of control government.

But in order to accomplish this, we need leaders with integrity that are willing to invest the time in learning, and exercising the Principles of Liberty. These people need to prepare now, so that we can take action when the people take back their courts.

Nassau County sheriff told me that they are trained in common law. I said well tgey need to uphold because they are doing dirty work for the judge. She said if she gets proof by mail that something is being done to protect the ppl she will do her best to make sure her officers are informed and uphold it. BUT NOT UNTIL SHE RECEIVES PROOF BY MAIL.........can we sent them copy of paperwork filed 09-02-2014?? Or better yet bring charges against them i personally have been injured by them and by judge Tricia Ferrell and judge Alexander who have committed treason among other crimes ON THE RECORD. SOMEONE HELP.
(516)325-6144

I have sent $20.oo a few times and I will start giving $20.00 a month as long as I am able. For what John has given ( Plus others in the background) I wish I could give more.

While I highly doubt that the de facto government can ever be property reformed and reined in as is, there is a man named Casey Runyan running for office that has some good ideas. "First and foremost, the Constitution of the United States and the Oregon State Constitution is of the highest priority", Casey's statement reads.

"Nothing I do as your state representative will undermine or violate your inherent protected liberties... I plan to make some very significant changes, and protecting your liberties is at the top of that list." Open carry advocate. May be good for We the People. Learn more at https://twitter.com/RunyanforOregon

Wow. What he said was prophetic. That's exactly what going on in America today! It's as prophetic as anything written in scripture. They were truly inspired by the Holy Spirit in my estimation. SEMPER FI.

I just stumbled across a guy who is running for Congress in Pennsylvania that supports this very thing we are working so hard to accomplish. Here is his website: http://ostrowskiforcongress.com If you live in his district, vote for him! If we could get more of these people elected, we could save our country.

They have twisted, contorted, circumvented & made a mockery of our constitution long enough. And Obamacare, several years ago I told everyone I talked to, it was merely a diversionary tactic to divert everyones attention away from the Muslims stealing the damn country. My attorney told me I should've been a lawyer. An ex senator I worked for 43 yrs ago just told me I should've been a politician, neither was ever of interest to me. I'm no glory hunter, I merely need to feel like I have tried to make a difference & enlighten as many people as possible. I'm in no hurry but, I am prepared to fight to the death if need be.