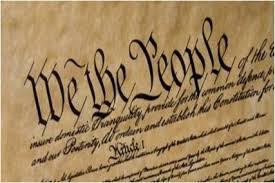 The enemy has kept us ignorant to the political and judicial process. They have divided us politically and posted civil law priests (attorneys) at the gates of justice, thereby robing us of our heritage and control of our servant government. As Jefferson said: "If a people think they can be ignorant and free they expect what never was and never will be".

The following lectures are sufficient to prepare you to open a common law court case, but you will need to know and understand court forms and procedure.

We strongly suggest that you work with a group of people when pursuing court cases, especially common law.

IMPORTANT CORRECTION NOTE: Bill Thortants position is that he is the Sovereign King of the Court this remains true in the de facto courts until a Jury is seated. Afterwhich when a free and independant Jury is seated then a "Court of Record" is officially opened and they become the King's Bench. Whereas the Sovereign King of the Court, whoes will the Jury is to reflect, is Natures God!

Not everyone has Facebok. Could you provide the source of the video so we may see fitst hand how the technology works? Thanks.